After completing the Ruby course in Treehouse, I have to be honest. I was feeling discouraged. Treehouse’s video format can be excellent, but I felt that it rushed through a lot of Ruby syntax and didn’t test me enough to make sure I understood it. (Multiple choice tests are the easiest things to scam in the world, especially in Treehouse where often the word your are looking for as an answer is actually in the question.)

ANYWAY, I did the Ruby course and felt like I had no idea what was going on – especially when they spoke about blocks. What did they mean? A block is just a bit of code right? But what makes it different from any other bit of code? And what on earth are Procs and Lambdas?

So, after I did the Treehouse course, I decided to go back to Codecademy and do their Ruby course – and you know what? I feel like that really cemented it in my brain. I feel like I understand it – even procs and lambdas.

Here is my summary

These are a bit of code, and they can be contained in EITHER

Treehouse did not explain this clearly, so I had no idea that these two different syntax (es? ie?) were the same thing. On Stack Overflow I read that {} is good for one-line code, and otherwise use do..end – although that is just a forum, so who knows how truthful that is.

You can pass these blocks to some methods like .each{put a block here I think}

A proc is a block which can be saved as a variable and used over and over.

I don’t feel that Treehouse explained that very well to me, but Codecademy did it in a really easy way.  So, my big recommendation to other beginners in Ruby – do the combination of Treehouse and Codecademy. (Or maybe just Codecademy if you have no money, because Treehouse is subscription only. Maybe I would have understood well enough with just codecademy, the Ruby chapter is really good). 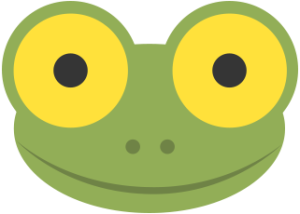 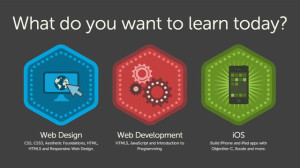 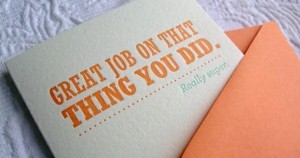 Today marks a 40 day streak on Codecademy! I have finished HTML, JavaScript and jQuery and I am halfway through Python. (Note that I didn’t start Codecademy 40 days ago, it is just my longest streak, which I started January 1 this year).

I have also done one API course – the YouTube one – but it was very short and I didn’t think it was very useful, so I don’t count it yet. Once I am finished all the other courses (Only Ruby to go after Python), and then have done the Projects…then I might do the other APIs.

If we’re going to be honest, I can’t believe an hour a day for 40 days hasn’t gotten me further – but oh well, it just means I need to stick with it.

I have enjoyed it so far, but must get into putting it into practice, because while Codecademy is very fun, I won’t know I can use it until I actually start implementing what I have learnt (although, being able to more easily understand JavaScript has already helped me at work). 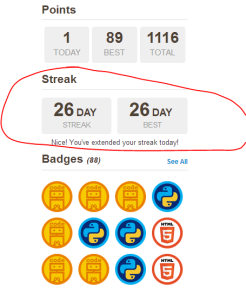 I wonder what percentage of  blogs are born of new year’s resolutions?  Not that that is my reason for starting a blog (I already have one for my travels, it languishes). No, my 2013 resolution(I only ever commit to one per year, easier to remember) – is to learn coding/programming and try and do at least some little bit every day.

In relation to that, check out my current streak on Codecademy. I started on January 1st and have done at least a little bit each day. I don’t care too much about points, or badges, but for some reason this streak is having me coming back for more.

I actually started Codecademy last year. 2012 was their ‘Code Year’ and they had a lot of promotion going around about their free course – so much so that I think even the Mayor of NYC signed up. Anyway – coding was something I had been learning bits and pieces of for ages so I thought it would be good to try.

I actually loved their interface, although many of their original drafts of the lessons have since been usurped by better versions. Their jQuery course especially has improved, the first iteration was way too confusing and almost had me quitting, while the new course I found almost too easy.

Doing a bit of Codecademy each day is not hard – all you need to do to keep your streak going is to do one exercise and get one point. In some cases, this could take as little as two minutes, so it is an easy thing to keep up with. I also put an alarm on my phone each day to make sure I don’t lose my streak (overkill? Why do I care about this again?).